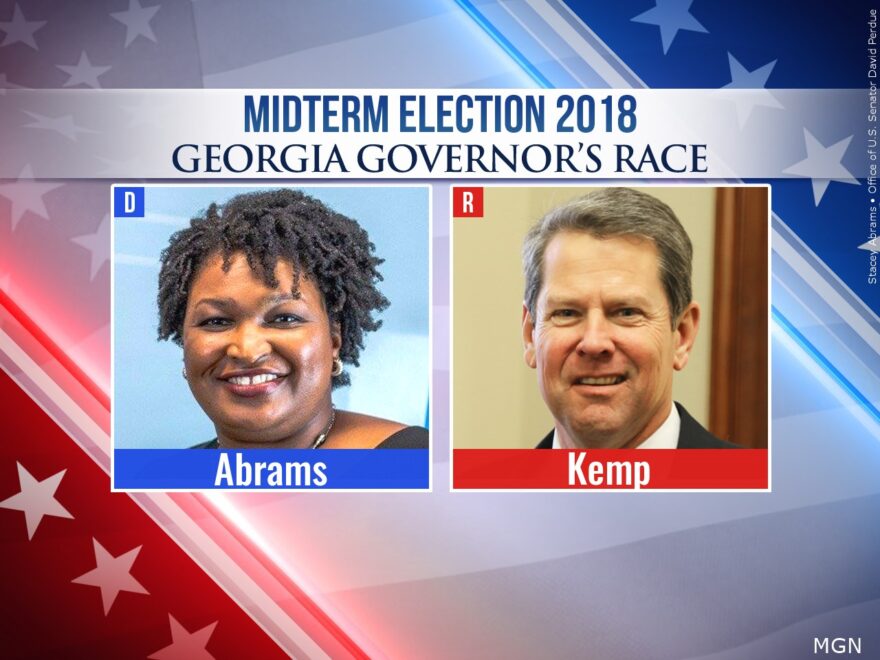 Georgia just re-elected Republican Gov. Brian Kemp. Democratic challenger Stacey Abrams conceded from the race last night, before The Associated Press called it. 98% of the votes are now in with Kemp winning at 53.4%.

“While we might not write the story today, there is always another chapter,” said Abrams in her concession speech. This is a rematch from 2018, when these two candidates last faced off. In 2018, Kemp won by roughly 55,000 votes. This year, he won by nearly 300,000.

“As a construction guy from Athens who started his first small business with a pickup truck and a shovel, I can’t tell you how honored I am to be your governor for the next four years,” Kemp said. “You have honored us beyond measure, with your vote, with your support, with your time, and with your resources.”

This race demonstrated record turnout for early voters, as well as record campaign donations for both candidates. According to CNN and NBC, many voters in Georgia voted along party lines, splitting the ticket between Kemp and Democratic Incumbent Sen. Raphael Warnock.

The Georgia senate race will be determined by a run-off in January, as neither candidate reached 50% of the vote. Currently, about 2% of the votes need to be counted and Warnock is at 49.4% over his Republican challenger, former football star Herschel Walker.

This race has been closely watched nationwide due to allegations that Republican candidate for Senate paid for women’s abortions. Walker has run on a strict pro-life platform, supporting a full ban of abortion without exceptions. Since the Supreme Court overturning of Roe V. Wade in June, abortion has become a hot button topic in swing states such as Georgia, and will most likely continue to be throughout the runoff race.