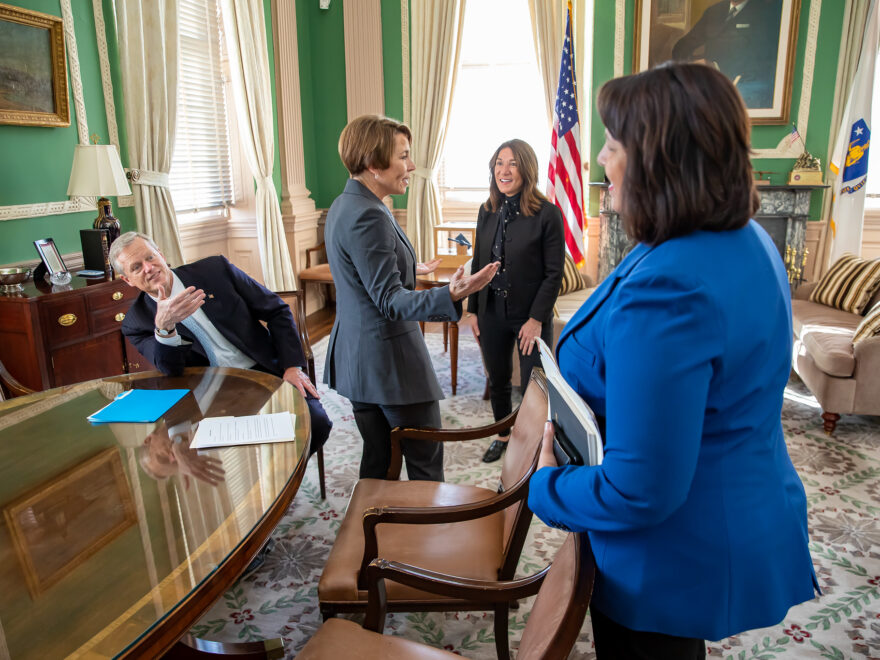 Healey and Driscoll claimed a historic victory in the 2022 midterm elections. The Associated Press declared Healey the winner Tuesday night after the polls closed at 8 p.m. After 95% of the vote was reported, Healey led with 63.5% of the total vote.

Baker and Polito decided not to seek a third term after serving two consecutive terms as governor and lieutenant governor. Baker congratulated Healey and Driscoll on their victory and promised to provide the new administration with as much assistance as possible to promote a smooth and helpful transition.

The transition has been planned for months; the meeting marked the beginning of the transfer of power. Healey thanked Baker and Polito for their work over the past eight years and their invitation to begin the transition process quickly. Driscoll will be leading the transition effort, according to Healey, and her administration has created a transition website to help smooth the process.