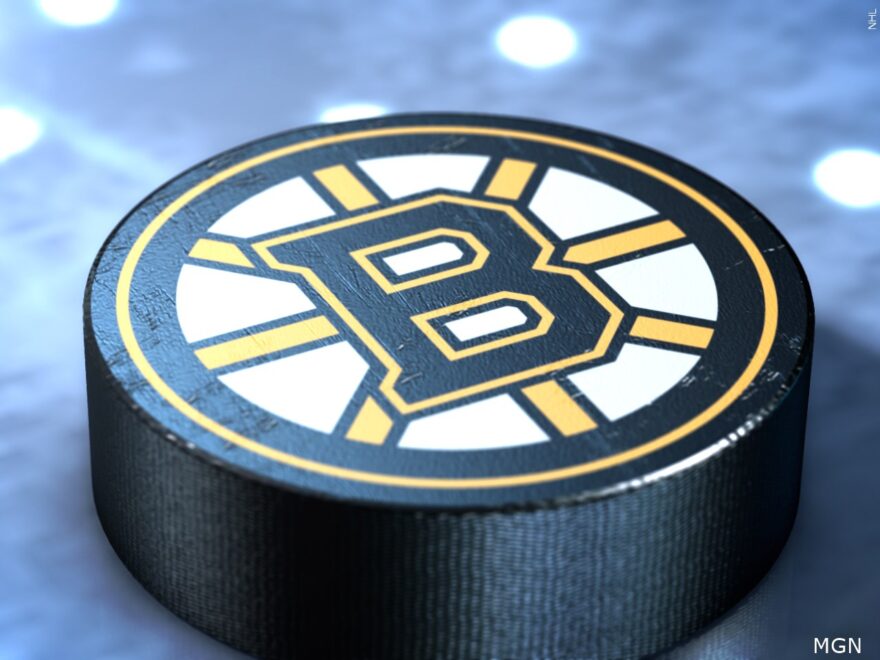 BOSTON – The Boston Bruins hosted the Calgary Flames at TD Garden Thursday night, as they looked for their 12th win of the season. The main storyline heading into the night was Charlie McAvoy making his season debut after sitting out the Bruins’s first 13 games. McAvoy, who was recovering from shoulder surgery he had in the offseason, returned to the Bruins lineup an entire month ahead of schedule.

The game didn’t start the way Boston would’ve liked, as in the closing seconds of the Flames power play, Noah Hanifin fired a shot past a screened Linus Ullmark to put Calgary in front 1-0. The Bruins responded towards the end of the first period, as Connor Clifton wringed a shot at Flames goalie and former Bruin Dan Vladar. Vladar was unable to control the puck, leading to Clifton finding his own rebound and shooting it in the back of the net to tie the game at one.

The second period featured a back and forth defensive battle, including multiple great saves from Ullmark. Boston broke the tie with a wrist shot through traffic from none other than the returning Charlie McAvoy. His goal handed the Bruins the 2-1 lead heading into the third period.

Linus Ullmark continued to turn away the Flames with countless great saves throughout the third. Head coach Jim Montgomery described Ullmark’s performance as “outstanding” and explained how “he just keeps making save after save” in pivotal moments of the game. Ullmark would tally 31 saves in the win, but not before David Pastrnak potted an empty netter and his ninth goal of the season, the final score sitting at 3-1.

With the win, Boston further solidified themselves as the top team in the east, improving to a 12-2-0 record on the year. Now with their two star players, Marchand and McAvoy, back from injury and better than ever, the electric Bruins find themselves at full strength for the first time this year. The Bruins look to continue to dominate the NHL Saturday night against the Philadelphia Flyers, puck drop is at 7 p.m. EST.