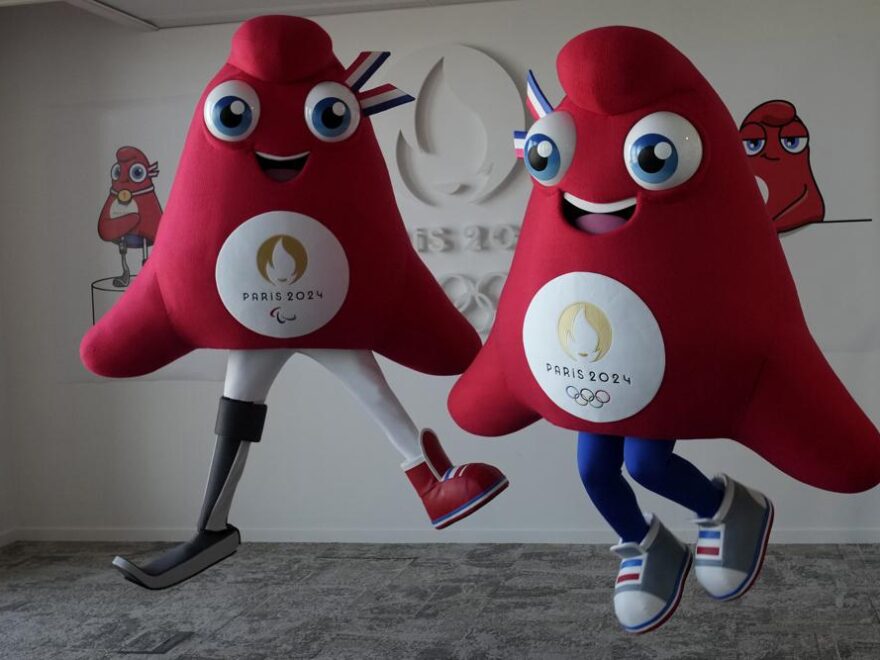 The pair of Phrygian caps each wear a red, white, and blue ribbon and have the Paris 2024 Logo printed across the chest. The Paralympic mascot also has a prosthetic leg – which, according to AP News, is “the first time such a mascot sports a disability.”

The choice of a non-animal mascot was intentional, shared Paris 2024 president, Tony Estanguet. The Phrygian cap is seen as a symbol of freedom. The embodiment of the French Republic, Marianne, is still depicted wearing one today.

The Olympic Phryge and the Paralympic Phryge are part of a larger family, but the two will play the biggest role in promoting the games over the next two years.

The Olympic website states the Phryges have a special role: “to lead a mission of revolution through sport. The aim is to show that sport can change everything in society.” The caps’ motto is “alone we go faster, but together we go further.”

The Paris Olympics will take place from July 26-Aug. 11, 2024. The Paralympics will be from Aug. 28-Sept. 8, 2024. At both events, Les Phryges will be present to welcome athletes and spread their message.