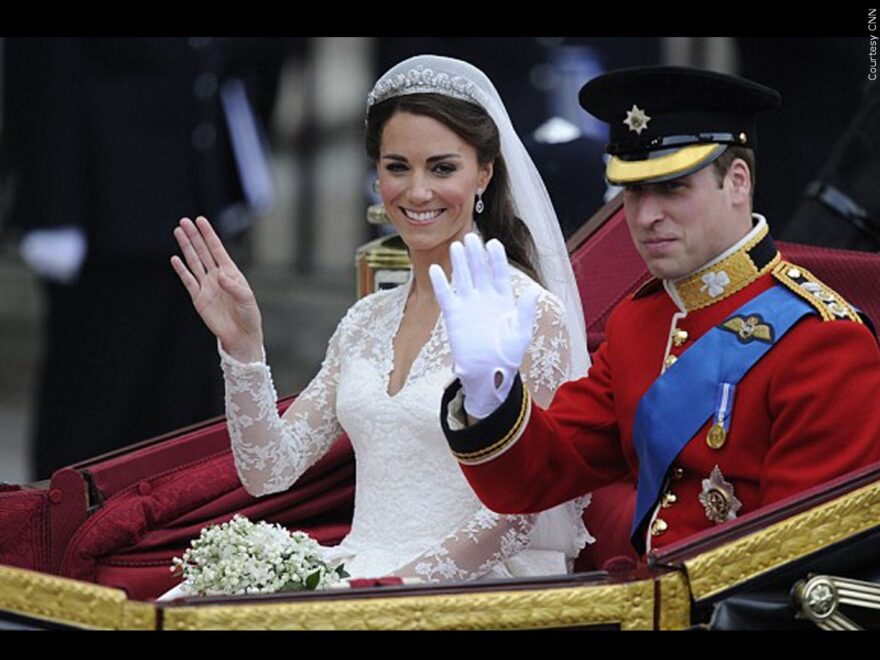 BOSTON, MA – The Prince and Princess of Wales are visiting the U.S. for the first time since 2014 and they’ve chosen Boston as their destination! William and Kate will be in town for the second annual Earthshot Prize Awards Ceremony which is happening at the MGM Music Hall at Fenway on Friday, December 2nd.

The Earthshot Prize Awards were inspired by former President John F. Kennedy’s “Moonshot” – which is a global, environmental prize that “aims to discover, celebrate and scale the best solutions to help repair our planet.” This year, the Prince and Princess will join activists, innovators, policy makers and performers in celebrating the fifteen global finalists before selecting five winners. Each winner will receive a grand prize of 1 million dollars to fund their environmental initiatives.

The royals will arrive Wednesday, November 30th and follow a busy schedule. Their first engagement will be a welcome ceremony at Speaker’s Corner outside City Hall put on by Boston Mayor Michelle Wu and Ambassador Caroline Kennedy. Together, they will kick-off Earthshot celebrations by lighting up Boston City Hall and landmarks across the city green.

On Thursday, December 1st, their Royal Highnesses will visit Greentown Labs in Somerville to learn about climate innovations which are being incubated in Boston. From there, they will travel to the neighboring city of Chelsea to visit Roca Inc. – a non-profit organization that aims to reduce levels of trauma, violence and incarceration, create sustained employment, and improve parenting in high-risk youth between the ages of 16-24. The Prince and Princess will meet with Roca’s leaders and learn more about their intervention model.

Then, on Friday, December 2nd, Princess Kate will visit Harvard University’s Center on the Developing Child. This is part of her ongoing work to “elevate the importance of the early years to lifelong outcomes.” Her Royal Highness will have a discussion with researchers about the advances in science that can be harnessed to achieve a promising future for every child. The Harvard Center has long been a friend of the Royal Foundation.

Before the Awards Ceremony, the Prince will briefly visit the John F. Kennedy Presidential Library and Museum where he will meet Ambassador Caroline Kennedy and be given a short tour of the premises.

Finally, The Prince and Princess of Wales will end their trip to Boston by attending the second annual Earthshot Prize Awards Ceremony at the MGM Music Hall at Fenway, during which the 2022 Winners will be announced. The ceremony will include exclusive performances by Billie Eilish, Annie Lennox, Chloe x Halle and Ellie Goulding. Not to mention, actors and activists like Catherine O’hara, Rami Malek, Clara Amfo, Daniel Dae Kim, Sir David Attenborough, and Shailene Woodley will join the Prince and Princess of Wales as hosts and presenters.

“Repairing our planet is one of the most important things we can do in our lifetimes. The passion and ambition of this year’s Earthshot Finalists is much needed in a world of such turmoil, and I am truly honored to play a role in helping them share their work with the world,” says Catherine O’Hara.

PBS, BBC and Multichoice will be the exclusive broadcast homes for this year’s event. The ceremony will begin streaming in the U.S. on PBS.org on Monday December 5th at 2pm EST and on the PBS App and YouTube Channel at 8pm EST.

Stay tuned to our website, YouTube channel and social media for all the latest on the Prince and Princess of Wales’ historic visit to Boston.