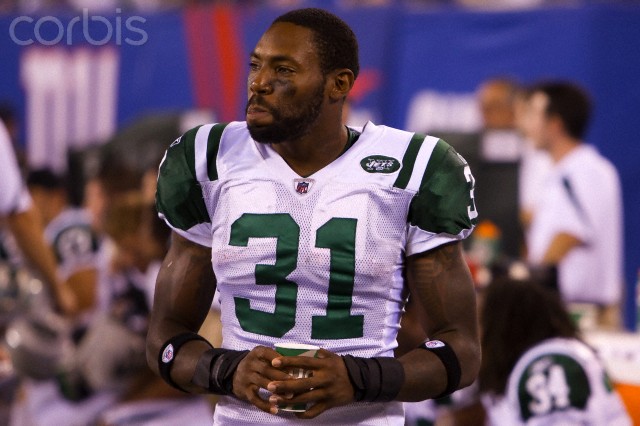 The New York Jets released cornerback Antonio Cromartie on Monday to make room for free agency which begins March 7. The termination of Cromartie’s original four-year, $32 million contract signed last offseason saves the Jets $8 million in salary-cap space. Cromartie, 32, played in 15 games this past season and did not record an interception or forced fumble.

The New England Patriots released defensive back Leonard Johnson after one season on Feb. 17. The 25-year-old started three games and did not have an interception.

Two-time Pro Bowler Randy Starks is out of a job as the Cleveland Browns released him on Feb. 18. In his only season with the Browns, Starks recorded one sacks and 14 tackles in 15 starts.

After sporting a Raiders jerseys for the first four games, being traded, and then wearing a Lions jersey for the final eight games of the 2015 season, defensive end C.J. Wilson was released by Detroit on Feb. 20. The 28-year-old did not start a game for the Lions and recorded one sack.

The Philadelphia Eagles agreed to terms with safety Malcolm Jenkins on a five-year contract Monday. In his second year with the Eagles, the Pro Bowler started every game, recording 87 tackles, two interceptions with one touchdown, and three forced fumbles.

The Miami Dolphins signed two-year arena football player A.J. Cruz to their roster on Feb. 19. Cruz played four years at Brown University before going undrafted in 2014. He was cut from the Chicago Bears training camp in 2015.

Five-time Pro Bowler Jared Allen announced his retirement on Feb. 18. Allen, 33, has 136 career sacks and 32 forced fumbles with four different teams. He is ninth on the all-time sack list.