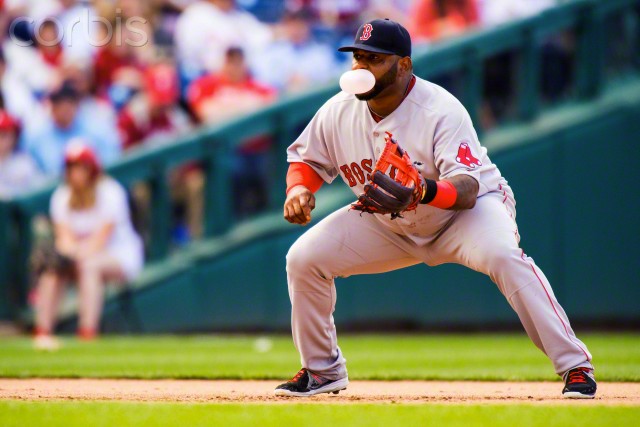 Pablo Sandoval arrived to Spring Training with a big belly and it’s raising even bigger concerns.

The naturally beefy third basemen showed up to camp looking heavier and out of shape despite having a full offseason workout plan and a less than stellar 2015 performance.

His weight was a concern entering the 2015 season when it limited his range and negatively impacted his endurance. Sandoval went on to bat 43 points below his career average. His on-base percentage was down 47 points and his slugging percentage was down 83 points.

So, naturally, the red sox organization and die-hard fans made their concern known when he showed up to camp with his belly hanging well below his too tight t-shirt.

Manager John Farrell said, “There was a need for Pablo to come back in better overall condition.”

Farrell had thought he was on the right track when Sandoval reported in May that he had already dropped 20 lbs., but his now extremely noticeable belly doesn’t reflect any type of progress.

Fans took to Twitter to say that his weight showed a lack of effort and accountability. Sandoval, despite the overwhelming amount of criticism, says he has nothing to prove.

The Sox gave Sandoval a five-year, $95 million contract last winter and since then has been awarded, alongside teammate Hanley Ramirez, as the worst players at their position in the American League according to the Sports data site PointAfter.

His weight has made more headlines than his actual performance since training camp has started, and CBS Sports says these headlines and photos will continue to take a life of their own if Sandoval’s 2015 struggle carries over into the season ahead.