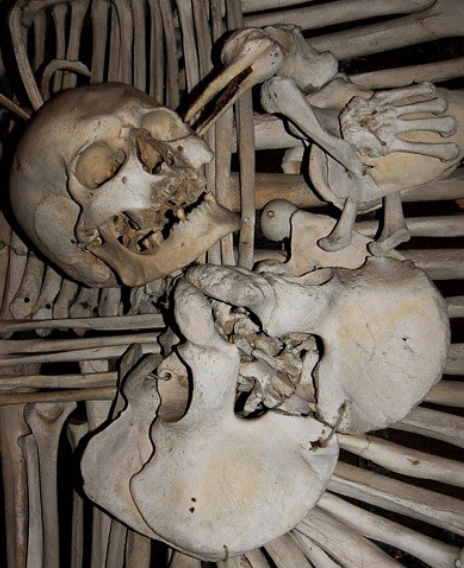 A TikTok user by the screenname Jonsbones sparked ethical debates online after his account went viral advertising the sale of human bones.  On his website, the creator sells every bone in the human body, from femurs to fetus skulls.

In response, Ferry explained that he sells the bones to osteologists, who study human remains and forensic anthropologists.  However, Ferry isn’t a scientist, but a merchant in the trade of human remains.

While this is an odd conversation for the internet to engage in, it’s not the first time it happens. In 2015, a similar controversy occurred over the blogging app Tumblr, where a user went viral after claiming to steal bones from a Louisiana cemetery.  Shortly after, the user was charged with the trafficking of human bones, which is a felony.

However, Ferry doesn’t steal remains, he buys them from private collectors.  A practice that’s “perfectly legal,” he says.  When asked where the bones were sourced from, Ferry responded that they mostly came from China, Russia, and India, noting the remains were likely those in the lower castes of these countries.

Questioning the ethics of Ferry’s business, many internet users criticized his lack of osteology education and the overall morality of selling human remains.

On TikTok, Robyn Wakefield-Murphy, an assistant anatomy professor at New York Chiropractic College, expressed disdain against Ferry’s business.  In the video, Wakefield-Murphy made a statement against the trade, saying, “Human remains should never be sold. There are legitimate, ethical ways for institutions and researchers to obtain human bodies for research, and that is through cadaveric donation programs.”

Unless the remains are Native American, protected under the Native American Graves and Repatriation Act of 1990, selling bones is mostly legal in the United States.  Limitations appear in only three states’ legislation: Tennessee, Georgia, and Louisiana.