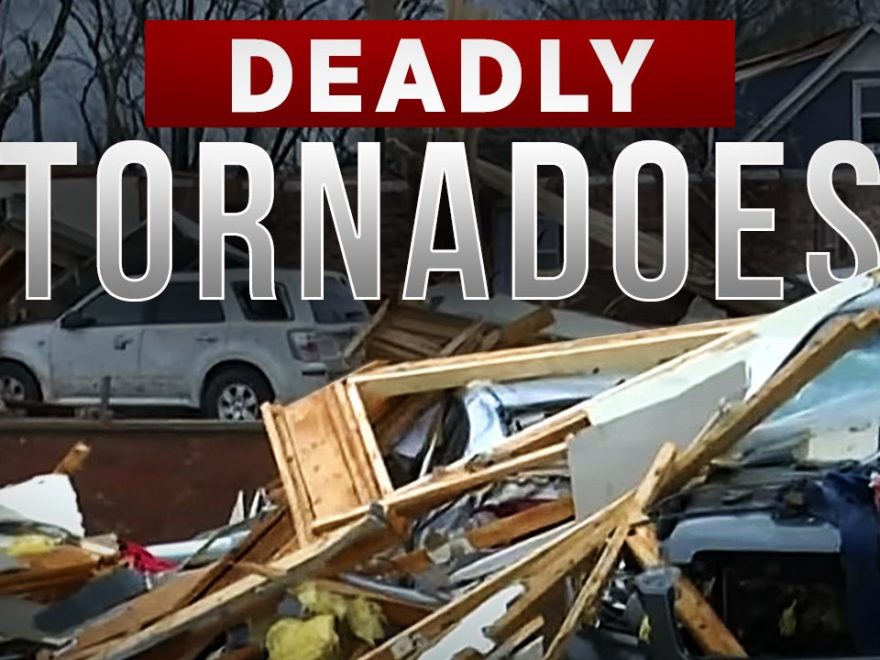 The Midwest and the South were home to a series of riveting tornadoes and has left more than a 100 people dead. The tornadoes have upturned houses and various businesses into ruble this past weekend. Kentucky seems to be heavily affected with at least 80 victims, with that estimate going up to over a 100 according to Kentucky Gov Andy Beshear. This makes it the deadliest tornado in Kentucky’s history.

Several State Parks have opened up to help displaced residents in Kentucky. Beshear also announced that over 300 National Guard troops will be placed on duty, with the majority of them being stationed in Graves County. Due to the heavy damage in Kentucky, troops from the Federal Emergency Management Agency are also being pulled in.

Counties across the region are reporting damaged power lines, collapsed buildings and crushed vehicles, making it a monstrous task for rescue teams to reach the communities that are left stranded with no working phones or power. Tennessee reported four deaths relating to the tornado. Missouri has reported two deaths so far, one of them being a child who was killed in his home.

An Amazon warehouse also collapsed in Illinois killing six people who went to take shelter inside. The recovery process is still ongoing and will reportedly take a few more days to complete.

According to CNN. across the eight states 50 tornadoes were sighted and one of them travelled over 250 miles from Arkansas to Kentucky. At least five of the tornadoes were classified as EF-5.